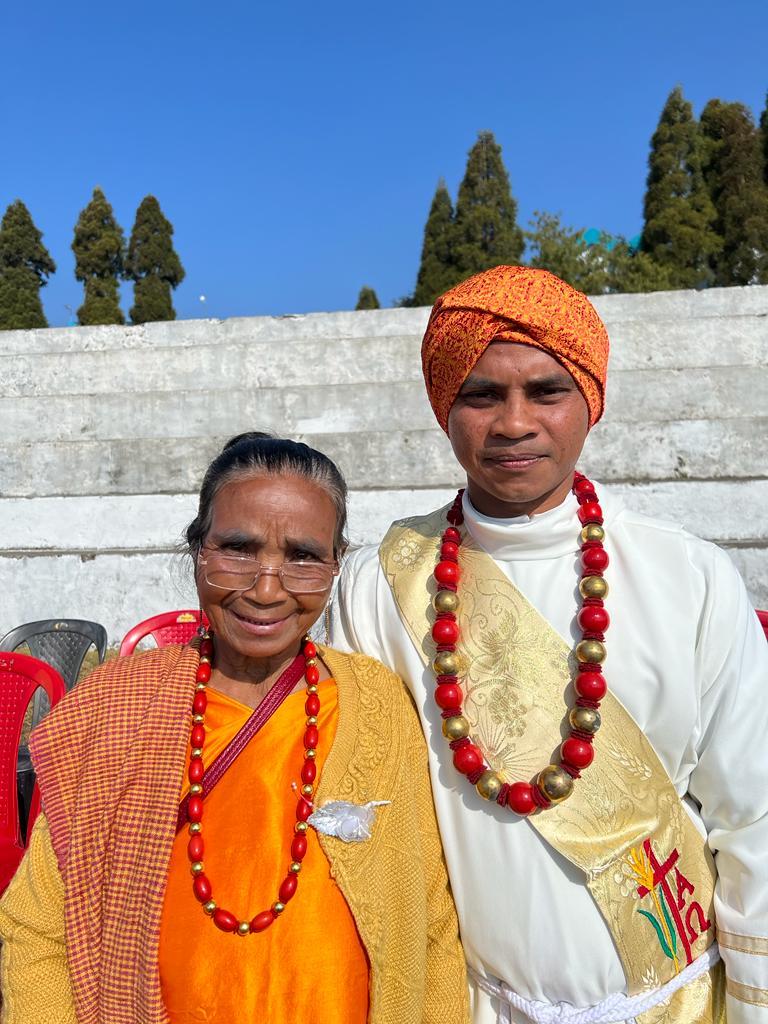 While in most part of the world, the New year’s day, the first of January, the first day of the year is marked with picnics and outings and other parties and celebrations. The Salesians of St. John Paul II, Shillong Province celebrated the day with the ordination of one of its members, the solemnity of the Motherhood of Mary the Mother of God at Mawkyrwat parish. Concelebrated by the Provincial, the provincial economer and 24 other Salesian priests and over 40 other priests of the dioceses of Shillong, Nongstoin and jowai, the Most Reverend Archbishop Victor Lyngdoh of Shillong Archdiocese ordained Deacon Aiborlang Nongsiej sdb and Deacon Lamkupar Shandiar of Nongstoin diocese. More than 20 thousand faithful, religious brothers and siters witnessed the solemn rite of ordination. Born to Sabina Nongsiej and (L) Alexius Marwein, Father Aiborlang Nongsiej is the 9th child of the family from Mawranglang Village in Mawkyrwat parish. He did his preparations for the priesthood in Bosco Mount Tura as an aspirant, completed his pre-novitiate formation at Mariam Nagar Agartala. He did the novitiate at Sunnyside Shillong. For his philosophical studies he went to Salesian College Dimapur. He did his PT at Savio Juniorate Mawlai and for his Theological studies at Sacred Heart Theological College Mawlai. He was ordained deacon by the Most Reverend Archbishop Victor Lyngdoh on 1st July 2022. And on the 1st January 2023, after a long period of formations Aiborlang Nongsiej sdb is ordained a priest.
All News