SALESIAN TRAINING CENTRE in the News 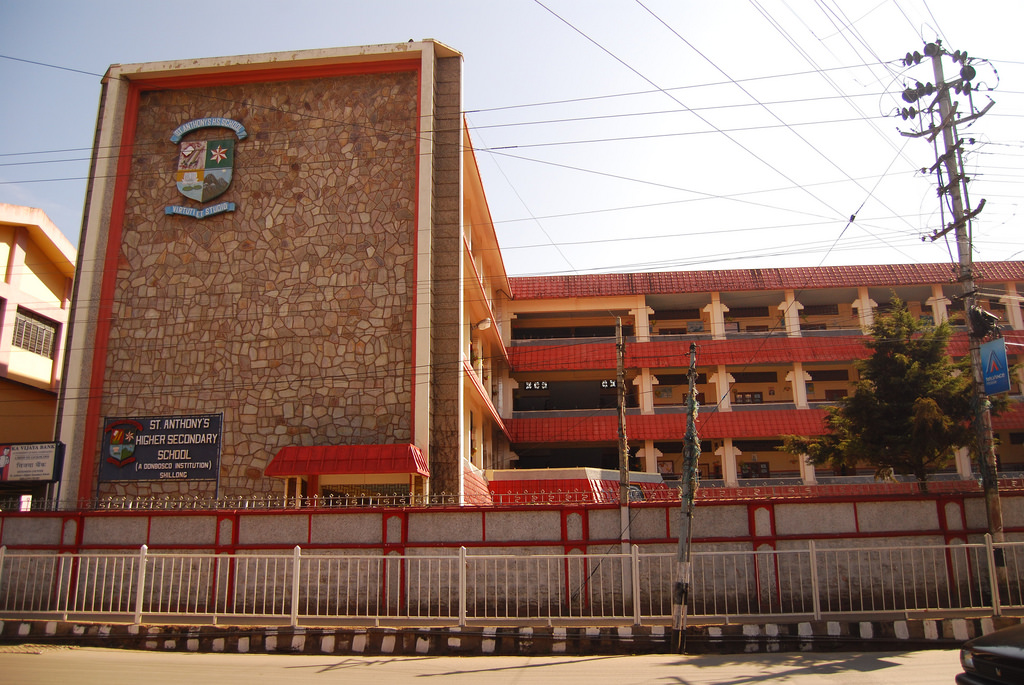 St. Anthony’s Higher Secondary School had its beginning as an Orphanage in 1901 established by the Salvatorian Fathers. Fr. Winkler SDS was the first director of the Orphanage. It was converted into a formal academic school in 1915 by the Jesuits. Fr. Lambergh SJ was the first Jesuit Director of the Orphanage and the School. In the same year Bro. Brisson CSC became its Director.

With the arrival of Salesians in 1922, the destiny of the orphanage and the School began to take new vision. Fr. Bonardi was the first Salesian appointed to take charge of the institution. In 1928, Fr. Joseph Bacchiarello was appointed Headmaster. Fr. Bacchiarello separated the Orphanage from the School.

The school received its permanent government recognition on 19th August 1932. It had the privilege of having students of theology as teachers till 1933. In 1934, Fr. Bacchiarello introduced Intermediary Courses, which was the humble beginning of St. Anthony’s College.  Fr. Igino Ricaldone, appointed headmaster in 1935, constructed the ground floor of the School building, which during the World War II, was occupied by the military.

In 1952, Fr. Doughlas Wollaston became the Principal and he added the first floor to the building. Fr. Joseph Arokiasamy was appointed principal in 1958. By then the separation between the School and the College became complete and both institutions made great progress. In the following years, Fr. Tarcisius Resto Phanrang, Fr. Abraham Alangimattathil, Fr. Henry Lionel, and Fr. Karipaparampil George (KV) served as headmasters. In 1981 Fr. Stephen Mavely took charge. In 1986 Fr. Louis Arimboor was appointed Headmaster when Fr. Stephen Mavely was appointed Principal of St. Anthony’s College.

In August 1983, the group of aspirants to Salesian Brotherhood was shifted from Don Bosco Technical School to the vacant building (the College section was shifted to the new premises), with Fr. Joseph Puthenpurackal as the first rector of the newly constituted Salesian Training Centre (STC). The official inauguration and blessing of the house took place on 30th October 1983 by Rev. Fr. Mathai Kochuparampil (Provincial 1979-83). The Aspirantate was closed down in 1989. In 1992, SAI boys were housed in STC while St. Anthony’s Junior School continued in the present Anton Hall. Fr. Sebastian Palatty was appointed Headmaster on 10th April 1990.

In February 1995, St. Anthony’s Junior School was amalgamated into High School and STC community once again reconstituted with Fr. LB Anthony as the rector. Also the student brothers pursuing various college and university studies began to stay at STC. In 1996, St. Anthony’s opted for Plus II Science Stream under the Meghalaya Board of School Education.

St. Anthony’s opened Commerce Stream at the Plus II level on 01st March 2000 and co-education was introduced in the Higher Secondary section. The Junior School, comprising of Nursery to Class Three was shifted to Don Bosco Technical School premises.

St. Anthony’s evening section was the brain child of the then Principal Fr. Rajendran George. This section is serving the poor and marginalized children and youth. Its’ main focus is on providing them good education. It gives them opportunities to develop their innate qualities and helps them to pursue higher studies. It is completely free for the students and the school facilities were provided to them.

From 2016, the school enrolled to MBOSE as an evening section and since then the number has been growing. In the same year class XI (Arts) was introduced and at present there are 54 students. At present there are 243 students from class II to X and 54 students who have just written their XI Promotion exam of MBOSE. 14 students also wrote the MBOSE matriculation exam, they are the first batch of evening section to write class ten exams. There are 13 teachers in the Secondary section while in the Higher Secondary sections there are 6 of them.