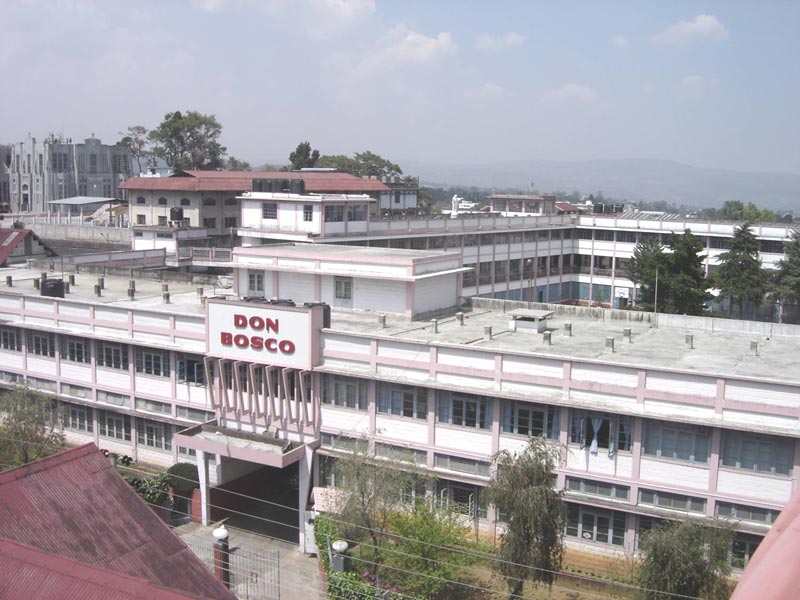 Soon after the arrival of the Salvatorian Missionaries in Shillong in 1890, an Orphanage and a Trade School were set up at Laitumkhrah. At their departure in 1915, the Trade School was closed down. The Jesuits who assumed temporary charge of the Assam Mission (1915-22), maintained the Orphanage and opened a formal school. Bro. Brisson C.S.C was appointed as its Director. The Salesians of Don Bosco, on their arrival in Shillong in 1922, took charge of the Orphanage and the Middle English School. The School was dedicated to St. Anthony of Padua. On 05th February 1922, Mgr. Mathias appointed Fr. Bonardi in-charge of St. Anthony’s School and Orphanage.

At the same time, Fr. Emmanuel Bars and Br. Gumersind Cid were given charge to restart the Trade School and the Printing Press that had been stopped in 1914. In 1923,                         Br. Ernest Ferraris, an accomplished cabinet maker and Bro. Matta, a printer by training joined the team. Br. Santana opened the tailoring department and Br. Cid the shoe making and the cabinet making departments. The trade school got christened ‘Don Bosco Industrial School’.    The mechanical workshop was opened in 1925 when Br. Joseph Casagrande joined. The institution grew fast.

On 19 March 1928, the Salesians acquired the present Don Bosco complex from the RNDM sisters in exchange for Merryville, where the Salesians were lodged so far. Merryville is the present St. Mary’s College campus. This enabled both institutions to expand. In 1931, St. Anthony’s Middle school was raised to a High School. In 1934, St. Anthony’s College was started. It received recognition in 1936. In 1965, the College was separated from the Don Bosco Complex to facilitate administration.

Don Bosco Technical School was canonically erected as a Salesian House by Rev. Fr. Peter Ricaldone, the Rector Major, on 10 June 1932. The House is dedicated to St. John Bosco. On 9 November 1934, on the eve of the Episcopal consecration of Mgr. Louis Mathias and               Mgr. Stephen Ferrando, the monument to Don Bosco at the Don Bosco Square was unveiled by Sir Michael Keane, Governor of Assam. It was to honour Don Bosco, Educator and Friend of Youth, canonized in the same year (1934).

In 1975, the Government of India gave provisional permission to send candidates for the All India Trade Test. The first batch of students appeared for the ITI examinations in 1976. On 2 June 1977, the DBTS got affiliated to the Ministry of Labour (National Council for Vocational Training, NCVT, Govt. of India).

DBTS is a vital link of Bosco Tech India, the network of all the Don Bosco Institutions offering vocational training. It is also a member institution of SKIP (Skills for Progress). IGNOU has marked DBTS as a potential Community College with certified courses.

Other than the services of the DBTS proper, the confreres are engaged in ministries and services to the local church and various religious communities. Regular chaplaincies are rendered by the confreres to St. Edmunds Brothers and to Auxilium Convent, Nongthymmai. Confreres offer pastoral assistance to the various parishes and local communities of the area. Being located in the heart of the city, the community renders hospitality to number of priests, religious and others.