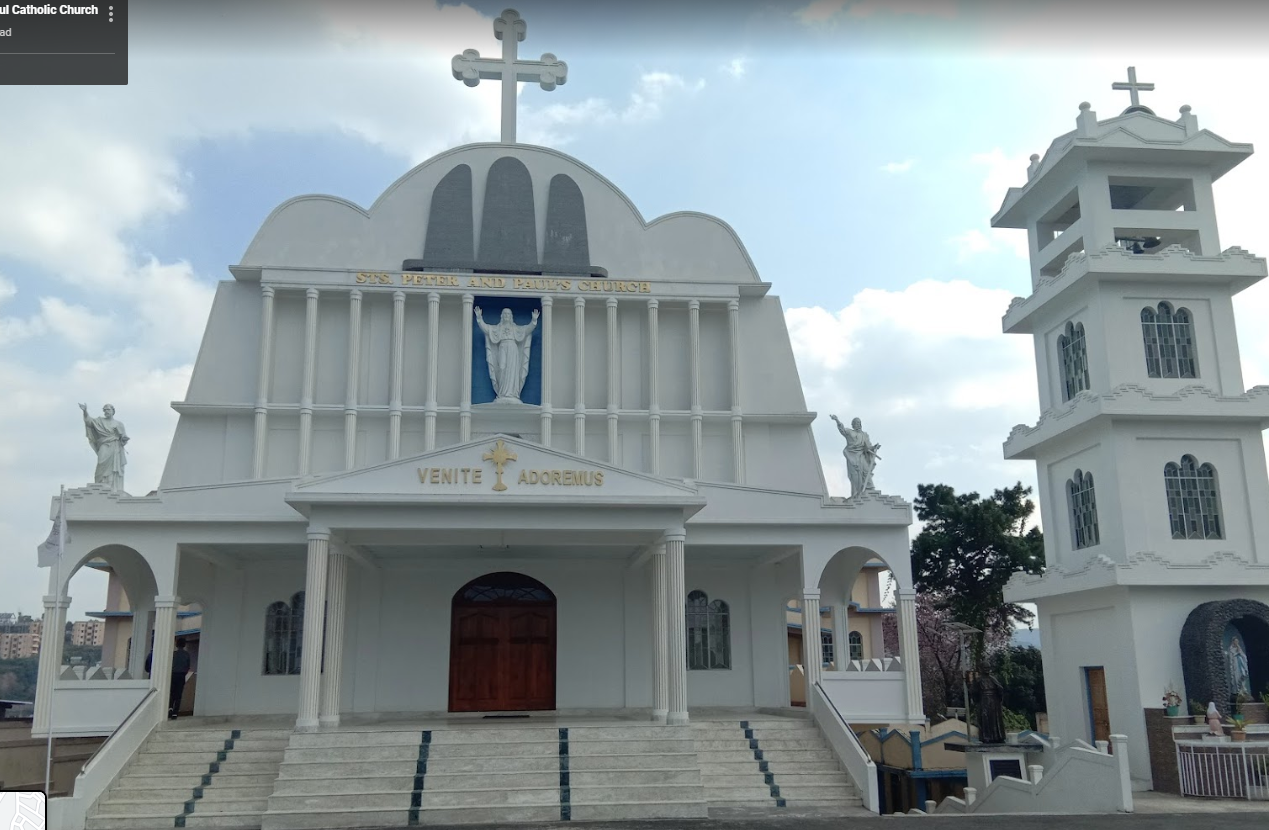 Sts. Peter and Paul Parish, Pynthorumkhrah was established in 1997 by Archbishop Tarcisius Resto with Fr. Peter Schiavon as its first Parish Priest. The area carved out of Mawlai Parish formed the new parish. Pynthorumkhrah is situated in the outskirts of Shillong town, has the earliest record of baptism dating back to the year 1916. The missionaries from Laitumkhrah Parish often visited Pynthorumkhrah and nearby villages. Bah Anthony Nongkhlaw and Kong Agnes Lyngdoh were the first to enter Catholic Church from Pynthorumkhrah proper. The baptisms took place in 1916. With the arrival of the Salesians in Shillong in 1922, Pynthorumkhrah and nearby villages were blessed with more frequent visits of the missionaries.

In 1939, the Parish of Mawlai was established and the entire area of present day Pynthorumkhrah Parish formed part of it. Gradually, the number of Catholics increased in Pynthorumkhrah area and it was in 1957 for the first time the Holy Mass was celebrated at Pynthorit at a school courtyard. In 1964 (c.), Fr. Cajetan Guidotto, Parish Priest of Mawlai (1959-66) bought a small plot of land from Kong Josephine Kharkongor to start a primary school. The same school with thatched roof was used for church services (jingïaseng).

In 1967, when Fr. Denis Troncana became the Parish Priest of Mawlai, he bought another plot of land from Kong Josephine Kharkongor to build a chapel. A chapel with tin roof was built and was dedicated to St. Joseph. Meanwhile, the number of Catholics in the area increased; and with the hard work of the fathers and the faithful, a new church, bigger and better suited for the growing Catholic community, was constructed. The church known as                 St. Joseph’s Church was blessed by Archbishop Hubert D’Rosario in 1974.

In 1997 the Parish of Pynthorumkhrah was officially established and Fr. Peter Schiavon was appointed its first Parish Priest. With the increase of Catholics in the Parish, the need was keenly felt to construct a larger Church. The work began in 2004 and completed in 2009. The beautiful Church dedicated to Sts. Peter and Paul was blessed on 22nd November 2009 by Archbishop Dominic Jala. The hard work and dedication of Fr. Peter Schiavon in the construction of the new church is to be placed on record. Fr. Peter served the Parish as its Parish Priest till 2013; and then continued to serve as Asst Parish Priest till his death on 19th June 2016.

PYNTHORUMKHRAH in the Photo Gallery